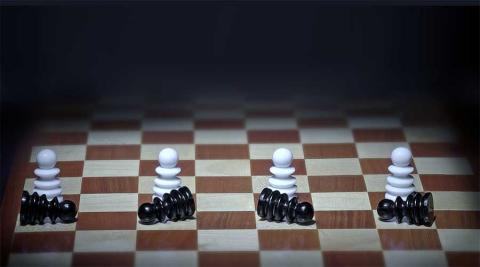 Outgoing year 2021 witnessed Prime Minister’s discerning political agenda perceiving selective human rights violation in certain incidents, while overlooking in certain others, CDS General Bipin Rawat’s (since killed in a recent chopper crash) shocking fillip to the growing menace of vigilantism endorsing the killing of persons believed to be terrorists by lynch mobs in Kashmir, National Security Advisor Ajit Doval’s exhortation to IPS probationers at their passing out parade at the Sardar Patel National Police Academy, Hyderabad  that “the new frontier of war is the civil society, which can be manipulated to hurt a nation’s interests”, NITI Ayog’s CEO Amitabh Kant’s statement that “too much democracy was hampering country’s development,” Chairman of National Human Rights Commission, Justice (Rtd.) Arun Mishra’s assertion that “India’s creditable record on human rights was being tarnished at the behest of international forces”, call for arming majority community for  genocide of Muslims by Hindutwa’s bigots to create Vedic Sanatani Hindu Rashtra  are ominous signs of anti-democratic, anti-people and anti-rule of law based system of constitutional democratic governance and India’s emergence into electoral autocracy. Justice Mishra is notorious for his statement in an international conference of judges of apex courts calling our PM a wizard and at that a “versatile genius”.

Ajit Doval’s speech about today’s strategic war being fought in the theatre of civil society targets artists, activists, scholars, journalists and critics of the government, smeared as “urban naxals”, Khan Market gang, “tukde tukde” gang, intended to create wedge between the people defined as electorate that have given the government full authority and civil society. All these disturbing trends point to state driven Hindu radicalization in a country with 80 per cent Hindu population and just 15 per cent Muslims, where BJP has achieved the astonishing feat of creating a deep sense of Hindu victimhood, stoking the othering of Muslims with sustained disinformation, hate speeches, opening old religious wounds, manipulating a servile media, silencing progressive voices and empowering Hindu supremacist vigilante groups. “Hindu khatre mein hain (Hindus are in danger) is a Sangh Pariwar refrain that resonates today. In the process, pressing problems like poverty, unemployment, high costs of living, insufficient economic growth and rising corruption have been put on back burner. With the worsening economy, growing unemployment and rising poverty under the current NDA Union Government, the BJP has increasingly fallen back on supremacist politics to deflect public attention and evade responsibility. To keep winning elections, BJP needs to keep polarizing Hindu votes against Muslims and spinning ever more outrageous campaign to demonise Muslims.

Taken together, these portents indicate a deliberate strategy to deny civil society the space for its operation. Contours of new Doval doctrine have now been revealed. He proclaimed, “The new frontiers ofwar, what you call the fourth-generation warfare, is the civil society. Wars have ceased to become effective instrument for achieving political or military objectives. They are too expensive and unaffordable and, at the same time, there is uncertainty about their outcome. But it is the civil society that can be subverted, that can be suborned, that can be divided, that can be manipulated to hurt the interests of a nation. You are there to see that they stand fully protected”. Doval failed to ask the IPS probationers to abide by Constitutional values they were sworn in. In stead, he asked them to abide by what the ruling BJP and laws made by them to serve their agenda be heeded. This taken with government’s apathy and indifference to the miserable plight of people dying of lack of oxygen, lack of bed, allowing them to die uncared for leading to helpless circumstance forcing them to line up innumerable dead bodies for cremation/burial in shallow sandy grounds along some major rivers, dead bodies floating in river waters during the second wave of Covid-19 induced pandemic and government denying all that, suppression of resistance by brute force.

Laws continued to be enacted without public and parliamentary scrutiny, without preplanning, without forethought, without consultation with stakeholders and without consensus, and arbitrarily authoritarian way. All along, all actions of the government have been anti-people, anti-democratic and procorporates.India became more communal and authoritarian. The current regime actively participated and aided communal forces in vitiating the harmony among religious and social groups country wide for the ruling party to reap electoral dividends. Media and the judiciary also caved in to government pressure, instead of holding the government to account.
Given the fact India, since 2014, has transformed socially into an illiberal, majoritarian and intolerant country, and politically become authoritarian, PM has been deified, public institutions weakened, vigilantism growing, media suppressed or sycophantic or ceased to play the role of the fourth estate, and misgovernance at its worst there is still a glimmer of hopes that the current worrying scenario is a passing phase, ultimately the forces of darknesswill dissipate and the country will come out to restore the idea of India as enshrined in its Constitution in keeping with its pristine glory to uphold unity of diverse people in their coexistence and mutual tolerance, Basudeb Kutumbakum, Sarva Dharma Samman, and Atma Rakshato Dharma, the ever shining attributes of the glorious Hinduism!